Det unga B-laget har nu spelat säsongens sista seriematch i Division 1 Norra. Matchen var borta mot Rissne och tjejerna pressade seriesegrarna hela vägen men fick till slut ge sig med 1-3 i set. Så här summerar coach Charlotte säsongen: “The growth and development we’ve experienced this year is astounding. The majority of the team returned from last year and with a very young group we more than tripled the success they had the season before. This can be credited to each of the girls making the commitment, putting in the work, and developing a stronger outlook on the game. They’ve learned that being successful is not always about the points on the scoreboard but on your performance and the effort you put in.

We focused this year on always doing our best and working hard to get better with each opportunity we were given. This isn’t always an easy task but the girls bought in to the “SVK Damer B mentality” and it’s paid off in their game.

They focused on the process and worked to play fearless volleyball no matter the circumstances. They consistently pushed each other during practice and fought for each other during games. They set their own team values and stuck to them throughout the season. Ultimately we define our success not by our place in the series but by the culture that we’ve developed within this group. The lessons learned and the amount of growth we’ve all experienced will stick with us far longer than just this season.

This has been such a fun team to work with and I’m thankful to have had the opportunity to grow and learn alongside them.

Thank you to each player for buying into our mission and developing our team culture. Thank you for believing in yourselves, your teammates, and your coaches even when times were tough. Thank you for trusting the process and working hard to get better each day.

Thank you to all the parents for their continued support of the team. Thank you to Sarah and Zache who held down the fort whenever I was gone. Thank you to Katta, Hans, and Håkan who truly made this season possible. Thank you to everyone in the SVK Damer B family for allowing me to be a part of this journey with you. I’m looking forward to seeing what this team does in the future both as a group and as individuals.” 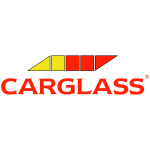